A year ago today Ireland did what most of the world thought was impossible for a ‘Catholic’ country and voted by referendum to legalise same sex marriage and contrary to what the No side would have had you believe the world has not ended and the children are ok!

I am not gay so to say the yes vote had a huge impact on my every day life would be a lie, but I do know what it is like to be discriminated against and be judged for something that I have no control over so to see a minority group that has been treated so badly be ‘accepted’ by their own country was a huge deal to me. Homosexuality was illegal in Ireland when I was born so to see same sex marriage be legalised in my life time was a bit of a ‘miracle’.

To be honest I never understood what the big deal was, who someone else fell in love with or chose to have sex with made absolutely no difference to me. A person is a person. I went to the christening of triplets in Dublin 15 years ago, they were born by surrogate to a gay couple and it was no different to any other christening. There are two parents who were totally in love and so proud of their babies. My family are very open minded probably due to the discrimination and experiences I have had as a result of my burns so why would anyone else’s family judge them? Why would anyone judge them? Even the fact that people had to beg strangers, a whole country, for the right to marry the person they loved was ridiculous! I had watched the Panti Bliss speech about oppression in the Abbey Theatre months earlier and bawled because I identified and empathised so much with what was said.

Watching the whole country mobilise and come together behind such a marginalised community made me very very proud and cry on more than occasion. My favourite memory is walking down Grafton Street one evening and seeing the dreaded no campaigners coming for me, they got a swift fuck off and I kept walking, I tried to be civil by listening and speaking to them for the first few weeks but it made me too angry. Anyone who knows me knows I get very worked up about things I feel strongly about so i had to stop conversing with them. Anyway I went into Stephen’s Green for 5 minutes and when i came back out the No campaigners were surrounded but Yes campaigners holding hands and dancing around them with their rainbows, including a giant Y, E & S. It was hilarious, everyone was cheering and clapping for them. 🙂 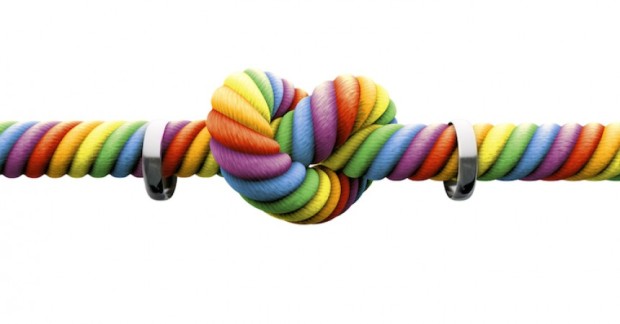 I was actually travelling to America for my brothers wedding on polling day, my flight was at 9am so getting to vote and to the flight on time was very very stressful. Luckily i met someone i knew who worked in the airport when i arrived there with 90 minutes until my flight so I managed to skip a few queues and catch my flight. I’m sure my brother would’ve understood if i had missed my flight as he was upset that he couldn’t come home to vote, I had a few days before the wedding to get another one but it wouldve cost me a fortune!! My yes badge got a lot of questions from Americans on the flight and they were very impressed that the topic was even being considered in Ireland, how they had missed all of the posters I do not know though.

When I got to America the polls were closing and like every other yes voter I was nervously waiting for the count. Obviously not as nervously as the gay community. What if it was no? How could I live in a country that actively chose to deny people a basic human right, who chose to discriminate? I wouldve found it very difficult to go back & live in Ireland if it had been a No. As I said I have been discrimainted against as a result of my scars for the last 20+ years so to have to sit around and watch other people being effectively rejected by their own country would’ve been heartbreaking. 😦

We all know how it ended, I was very very jealous that I wasnt at home for the celebrations but I watched them on TV over in America and listened to how shocked and impressed Americans were. We had finally broken free from the Church and passed what should always have been a basic right. After a challenging few years Ireland finally had something to be proud of! I watched how people cried and thanked everyone who had voted yes and spoke about how happy they were to finally be accepted as equal. I have seen many gay couples walking through town holding hands and kissing over the last year, something i had never seen before.

Obviously everything isnt perfect and there are still those who do not agree with same sex marraige and discrimiate against the gay community, hopefully this will change over time. Only a few weeks ago a friend told me how at 28 he had just come out to his parents and they had effectively disowned him, they just wouldnt accept it and told him he was not welcome. He hadn’t seen his parents in months. To me for parents to do this to their own child is one of the biggest sins.

Hopefully the yes vote has had a knock on effect and made people more accepting and open minded to not just the gay community but every minority. To those with disbilities, travellers, different races etc. And also made people realise that people power works and that if people come together behind a cause we can make a difference 🙂 I think it also showed the world that we are no longer a country that are ruled by the church and are actually very progressive and open to changed.

P.S. Happy 1st Anniversary to my brother and his wife 🙂