I wasn’t going to write a post about my trip to France but after this week’s events in Nice I felt like I should. 😦

Last month I went to Nantes, France for a week to attend my cousin’s wedding (yes I know another wedding). My mam’s sister married a French man and lives in Nantes, my two cousins grew up there. I went over for a week with my parents, my brother and sister in law joined us from America. We had not seen my brother in over a year; he moved to America two years ago and got married last summer so we were really looking forward to seeing him. My mam’s brother and his wife also travelled over from Edinburgh and my cousins from London. It had been 9 years since my mam’s family had all been together so everyone was really looking forward to it.

My brother only received his travel Visa the week before he was due to travel and my mam lost her passport the day before we were leaving so the lead up to it was very stressful (nothing ever goes smoothly in my family) but somehow everything worked out in the end.

I have a complicated relationship with France, my accident happened in France and I spent months in hospital in Nantes. I returned numerous times over the next 10+years for more treatment and surgery so France has never been a particularly happy place for me! 😦 I hadn’t been in Nantes in over 10 years & this was the first time in 20 years that I would be a proper tourist there and not a patient.

I flew over with my parents on Tuesday, my brother joined us on Thursday and my sister in law on Thursday. We stayed in an apartment in the centre of town which was really really nice and comfortable. The first couple of days were very hot so I was dreading the wedding on Saturday incase it was roasting, I wouldn’t enjoy the day if it was too hot. On Thursday we went to my aunt’s house for a BBQ which was lovely, except French people eat very late so I was starving!! On Friday we wandered around Nantes then went for dinner in the house my uncle and his family had rented for the week. The house was just on the edge of a lake so it was very impressive. My sister in law had never met any my mam’s side of the family so I’m sure that she was very nervous. 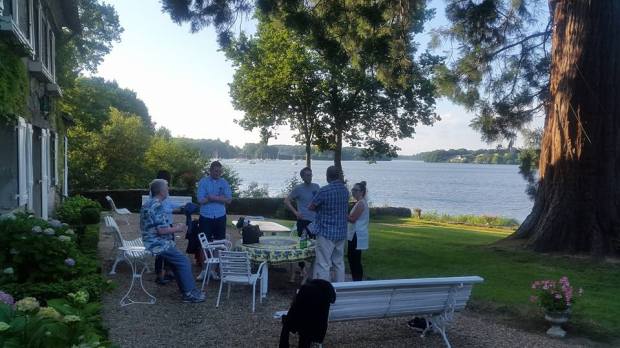 On Saturday morning we all got up early to get ready for the wedding and we actually got to the church early (a big achievement for my family 🙂 ). The temperature had also dropped so it was not uncomfortably hot, just nice! The wedding ceremony was in Nantes Cathedral which was amazing! Its a long story but their original church burnt down so they ended up in a Cathedral. Afterwards everyone went to the Irish pub across the road for a drink and then onto the reception which was on a barge on the Loire River. A very unique location! It was very different to an Irish wedding, a lot more informal. My cousin, Julian and his wife Sandra organised every single detail of the day, from the table settings, decorations, music, food etc so it was very personal. 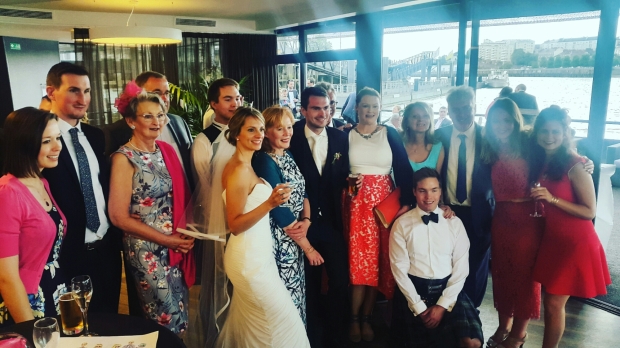 The next day we went back to my aunt’s house for a BBQ and the France v Ireland soccer match, unfortunately as expected we lost but it was still a great day.

I flew home to Dublin the following day and my brother and sister in law flew to America. My cousins flew back to London and my uncle flew back to Edinburgh. My parents ended up staying in Nantes for a few extra days due to an air traffic controller’s strike (which they were quite happy about). It really was a great week, happy memories of France. I just hope it won’t be 9 years before we are all together again. 🙂

The following week I flew to Spain for my best friend’s hen party, who I am bridesmaid for 🙂 so my body is all over the place. I am really getting around this summer, my life is not usually this exciting I promise you! 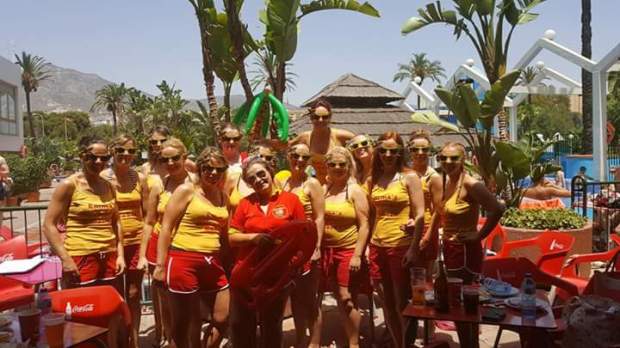